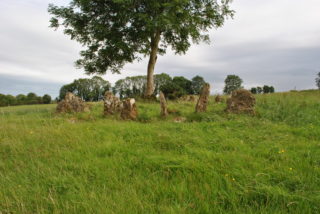 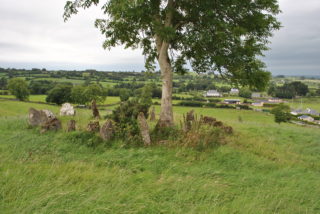 Ash tree in the centre of the cairn.
Christy Cunniffe

This attractive monument is situated on the downward slope of a steep rise in the landscape overlooking the village of Ballinakill, (Leitrim By.) Co. Galway. It is classified as a radial-stone cairn comprised of a circle of contiguous upright stones forming a well defined circular feature. Monuments of this type are accepted as dating to the later Bronze Age period.