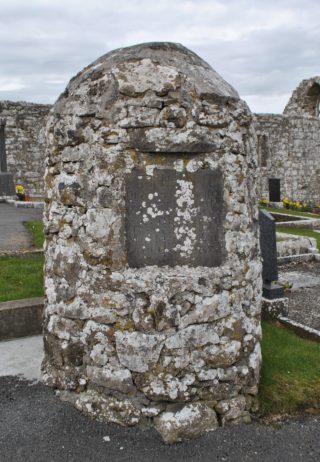 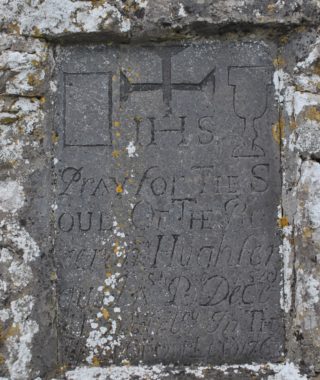 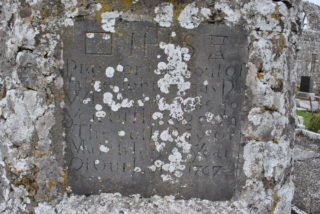 This burial monument consists of a stone built cairn of mortared stone with a round cap in Killursa graveyard near Headford, Co. Galway bearing two slate plaques commemorating two eighteenth-century Penal-era priests. One plaque bears the inscription: Pray for the S /oul of Re/verend Hugh Ferg/us Prst Ps Deceased / Ye 24th of Febry In the year / of Our Lord 1763.

Both slate plaques bear a sacred IHS monogram and cross with expanded terminals. Both also bear a chalice and a book typical priests symbols.