You are here: Home>Archaeology>Clonberne mermaid 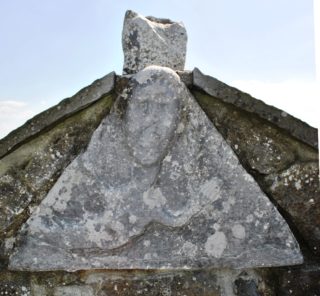 The Clonberne mermaid is rather grotesque in appearance. Her face is elongated an striated while her hair hangs loosely down the side of her face. Her hands and fingers are large and extended. She is carved in relief on a triangular gable finial with a socket on top that originally held a cross. This effigy is likely to have originated from Clonberne medieval parish church. A cross dated 1629 and a number of architectural fragments in the graveyard illustrate that the church was enhanced and modified in the 17th century at the time when this effigy was carved..