You are here: Home>Archaeology>Gort Workhouse graveyard 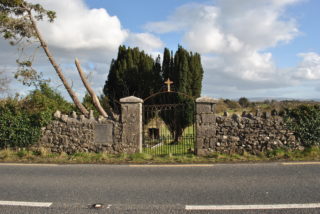 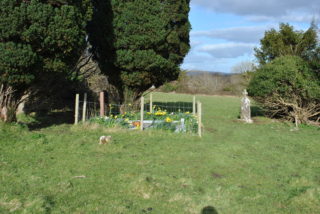 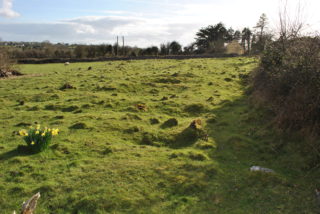 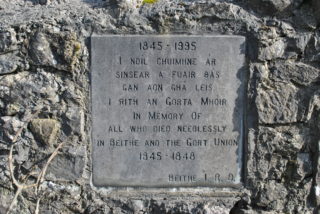 The graveyard for Gort Workhouse is located on the Loughrea road about one mile out of Gort. A number of burials are marked with headstones and iron crosses. However, the majority are unmarked and in one instance a linear mound covers what appears to be a large burial pit. A number of graveyard yews also grow on the site giving it an air of normality. It is apparent that some families have continued with burials here into more recent times. A limestone commemorative plaque on the graveyard wall near the entrance gate was erected by Beagh IRD. Gort Workhouse was in use during the famine years so it has witnessed a lot of death.