You are here: Home>Archaeology>Castletaylor towerhouse

Towerhouse and later house at Castletaylor 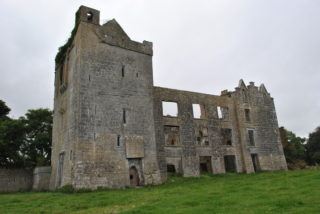 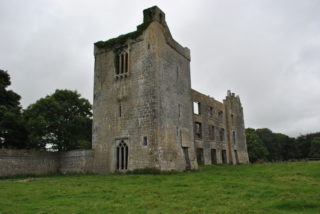 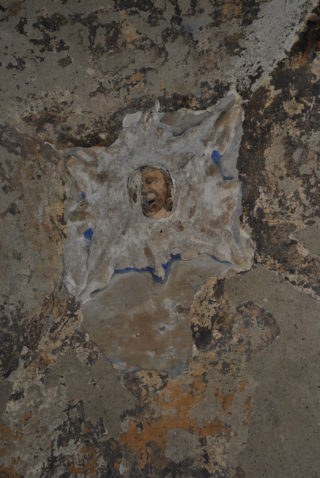 Painted detail in vaulted ceiling of the towerhouse.
Christy Cunniffe 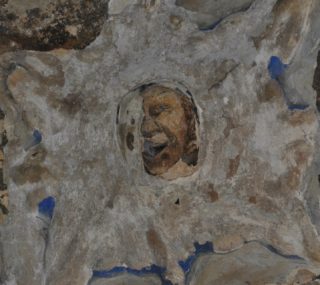 Castletaylor towerhouse formerly known as Ballymchugh was added to the by the Taylor family. Both the original tower and the later house now survive as a ruin. An interesting painted image of a male head adorns the underbelly of the vaulted roof in the lower level of the tower house. It functions as a form of one-dimensional roof boss. It is uncertain as to whether this is a later eighteenth/nineteenth painting undertaken by a stucco artist which we know worked on the house, or if it is a surviving original medieval painting. One way or the other it is rather rare and interesting survival from the past and would benefit from being photographed and recorded in greater detail.