You are here: Home>Archaeology>Loughrea town moat. 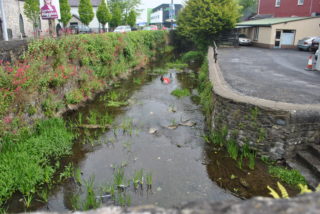 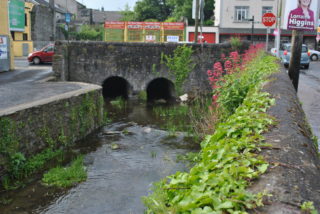 The medieval walled town of Loughrea has the last working moat in Ireland. This medieval feature is one of the great archaeological treasures of Loughrea. Loughrea was founded in the 13th century by the Anglo-Norman De Burgos as their caput or major town in Connaught. It still retains its medieval street pattern, its narrow plots based on the original burgage plots, the moat, a late medieval gate tower and the site of its medieval parish church (now the library and Church of Ireland graveyard). The Carmelite Abbey built outside the walls dates to c.1300. The town walls may never have been much more than earthen banks with wooden palisades, but they are mentioned in early documents all the same.