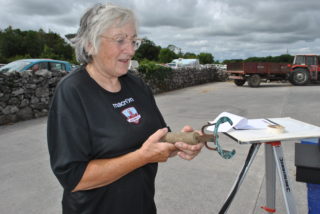 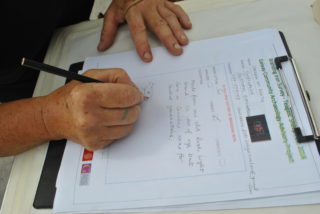 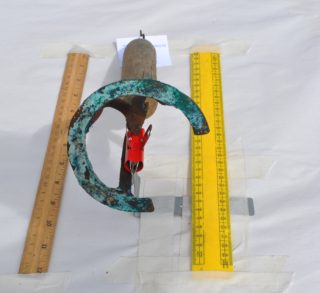 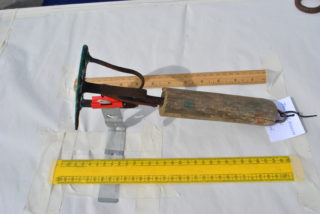 Side view showing the wooden handle or grip.
Christy Cunniffe 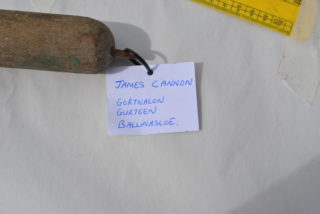 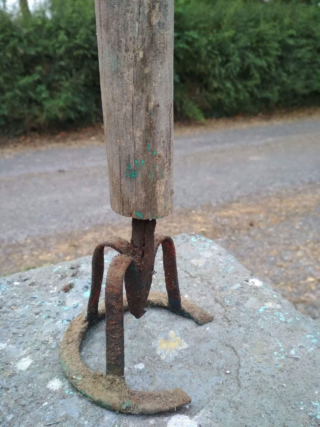 This branding iron owned by James Cannon of Gortnalon, Gurteen was made from an old modified rush light stand. There is no real idea of its age but the farm is in the Cannon name for several generations. It belonged to James Cannon (1923-2000). The informant stated that where several farmers had the same initial or letter the position on the body where they placed the brand on the sheep or the colour they used functioned as an personal identifying ID.  Traces of blue survive on this brand. The letter C is quite large. The brand has a wooden grip.