You are here: Home>Archaeology>Graveslabs>Kilmacduagh Cross Slab 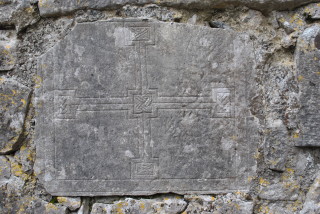 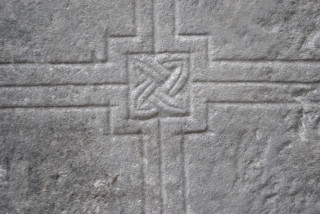 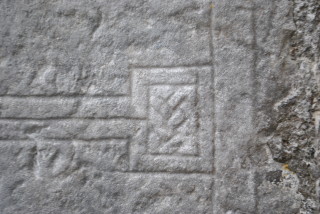 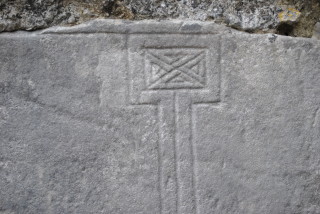 This highly ornate Early Christian slab is fixed into the north wall of St Mary’s medieval Church at Kilmacduagh, Co. Galway. It bears an equal armed cross with rectangular terminals and a square central decorated with a combination of intricate interlace, knotwork and fret pattern. It is contained within a two-lined frame. It is the only early cross slab recorded here, though given the prominence of the site as an important Early Christian monastery there is likely to be more not yet discovered. Material such as this often gets reused in the masonry of later churches.