You are here: Home>Archaeology>Graveslabs>Carrowntomush slab 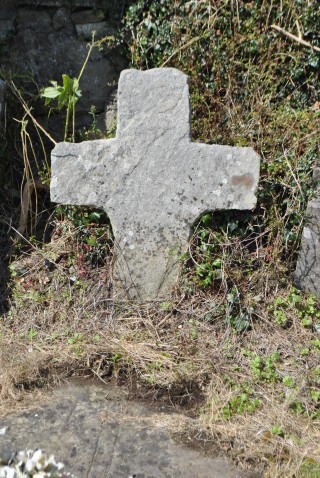 This simple sandstone cross at Carrowntomush graveyard is most likely modern, but due to its simplicity and general early Christian character is included here. Crudely shaped vernacular crosses can also be early and as this site has quite an amount of earlier material, it is always possible that one of these simple vernacular style crosses may be early also. It is a plain cross bearing neither decoration or an inscription. Carrowntomush graveyard is commonly referred to as Addergoole graveyard.