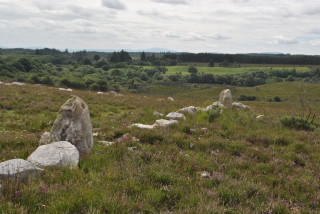 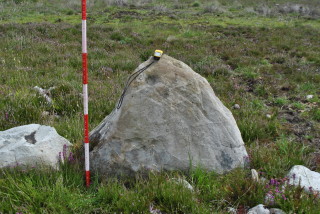 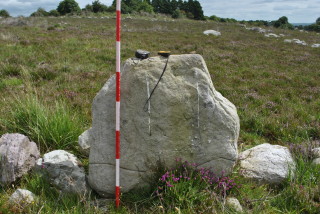 This north / south aligned stone pair is situated on a hill in the townland of Knockauncarragh, Woodford, Co. Galway. The pair consists of sandstone monoliths. The northern example bears a pair of cup marks. The southern example is devoid of any ornament. A view of a large fin shaped standing stone lies across a stream to the south west. A cup marked boulder lies to the east, while a smaller standing stone is located on the same hill to the west.