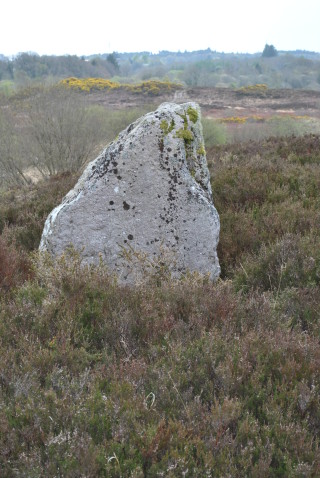 This prehistoric monument GA125-074- consists of an iconic fin-shaped standing stone on a rise of ground overlooking a fast flowing stream in the townland of Knockauncarragh (Leitrim By.) near Woodford. A small stone circle GA125-039- of five stones is located in the neighbouring townland of Commons East. A smaller standing stone was recorded by the FMA in 2104 during fieldwork in Commons East. It is immediately across the stream from the monument discussed here.