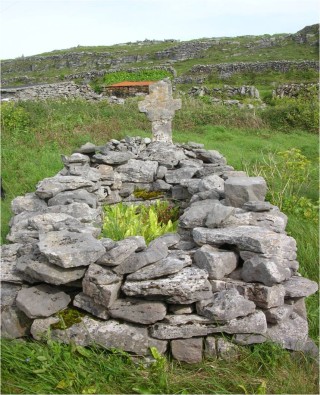 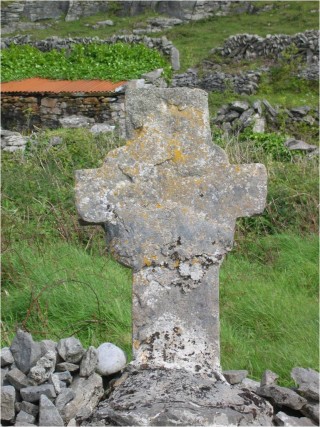 Close up of Cross
Christy Cunniffe

This small stone enclosure with a medieval cross is noted on the RMP as GA119-108— It is situated in the townland of Ceathrú an Lisín on Inis Meain. The cross is simple in design comprising of a plain Latin cross with a square expansion with slightly rounded corners at its centre. The arms are narrower than the shaft. There is no evidence of an inscription.