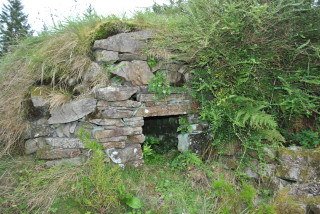 Two recent examples recorded by the Field Monument Advisor during fieldwork in the Slieve Aughty’s adds significantly to the number. Both examples are located in the townland of Loughatorick South near Woodford.