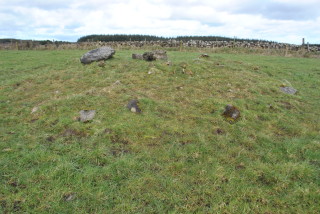 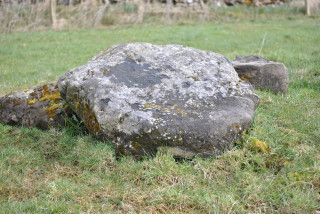 This feature consisting of a small cairn with a number of stones forming a partially hidden kerb around the perimeter is in Clogh townland. According to local information a large limestone slab on top is known as a Mass Rock. An entry in the schools folklore seems to mention this particular site and notes it as the burial place of Ferdiad and if ‘anyone stirred the stone it is thought that they would die’. A drystone wall immediately north of the monument runs in an east west direction. This monument was not previously recorded. According to the local source a number of mass cairns also occur in the landscape.