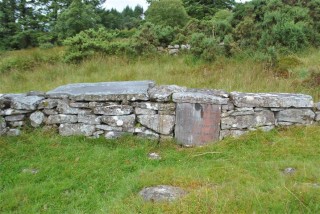 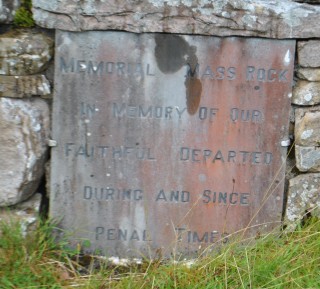 Loughatorick Mass Rock is sited on the ruins of a former Penal Chapel. The outline of the chapel can be identified on the ground. A Mass Rock was erected there possibly using the original altar stone from the Penal Chapel. This stone was moved to Woodford Village in 1954 and placed beneath a Marian Shrine erected near ‘The Bay’ for the Marian Year. The local community in Loughatorick restored the Mass Rock and replaced the altar with a slab of sandstone from the locality. Mass is celebrated here each year.