You are here: Home>Archaeology>Churches>Portumna south window 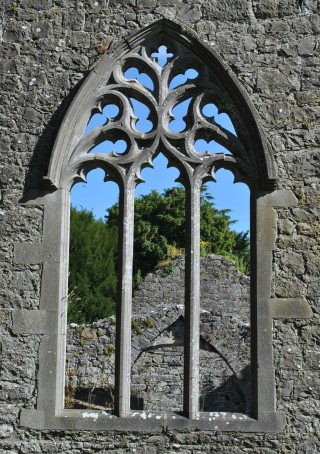 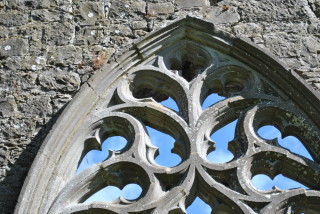 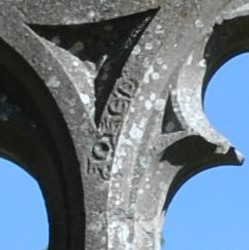 This highly ornate late medieval window is situated in the south transept of Portumna Dominican priory. The flamboyant tracery is interspersed with a series of pointed cusps. An inscription in Latin indicates the name of the mason, a man named Johannes. This name is also found on the rood screen at Clontuskert Augustinian abbey. The names of masons are not that common. In this instance several churches in the region can be seen to have ornament that can be ascribed on stylistic grounds to Johannes. Other work by this mason can be found at Clonfert, Kilcorban, Clontuskert, Abbeygormican, Lorrha Co. Tipperary and Clonmacnoise Co. Offaly.