You are here: Home>Archaeology>Churches>Mullagh Church 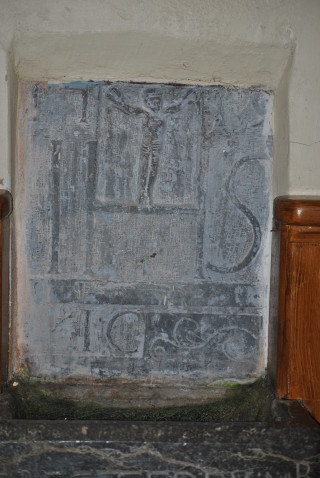 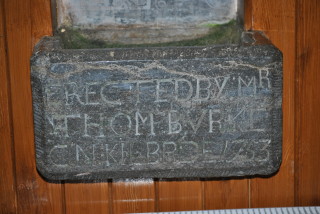 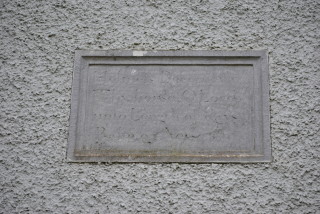 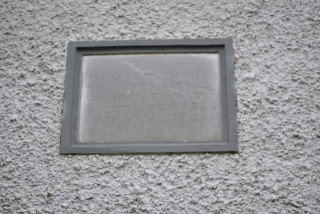 The current Catholic church in Mullagh consists of a T-shaped building built in 1839 according to an inscribed mural plaque on the gable. It is constructed on the walls of an earlier chapel which was built in 1762 according to another limestone plaque. However, a crucifixion plaque dated 1719 and a holy water stoup dated 1753 seem to contradict the date for the original chapel. Could we be looking at several phases of construction, perhaps an earlier mass house, replaced by a chapel, in turn replaced by the present church/chapel. An altar stone from the earlier chapel is preserved in the sacristy. This has not yet been inspected by the writer.

Pray for the Revd. John

Griffin P.P. and the

An inscription on a limestone crucifixion plaque mounted inside over a holy stoup bears an IHS monogram with a figure of the Crucified Christ. A date 1719 flanks the figure while the initials MIC are depicted beneath the IHS.

The inscription on the holy water stoup reads: