You are here: Home>Archaeology>Churches>Killeely Church 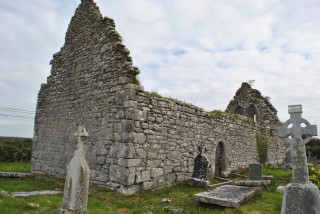 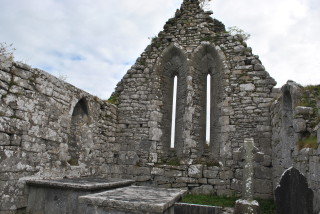 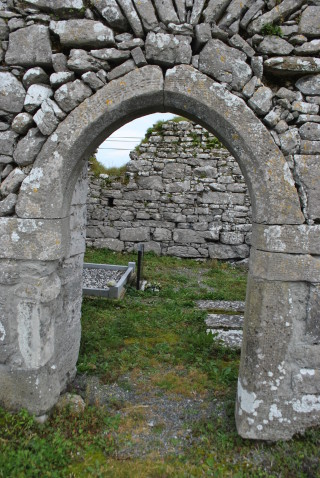 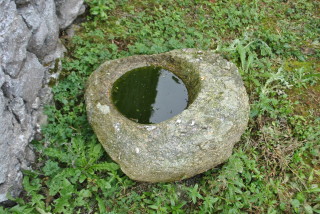 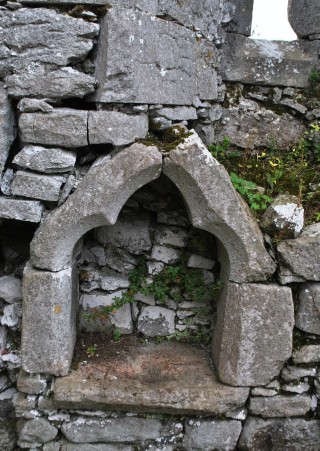 The medieval parish church in Killeely More townland survives as ruin. All four walls are intact. A late medieval pointed doorway is located in the south wall. Semi cyclopean masonry in the building points to an earlier structure later modified. The double oped east window is of early thirteenth-century style. As is other windows in the east end of the church. An ornate piscina in the south wall with an early form of ogee head is also of thirteenth century date. Diagonal tooling of this period is also noted on the aumbry beside the piscina. A number of medieval or seventeenth-century graveslabs are also present. A bullaun stone also survives inside the church.