You are here: Home>Archaeology>Churches>Kilcooley Parish Church 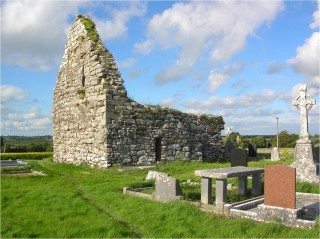 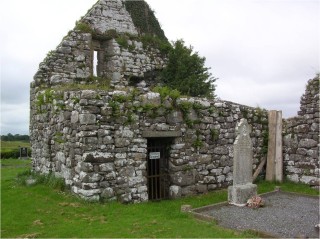 View of priests accommodation in the west end.
Christy Cunniffe

Kilcooley medieval parish church stands as ruin on a rise of ground within a circular enclosure. It comprises of a single chamber church with a vaulted chamber in its west end with priests accommodation above. The doorway which no longer survives was in the south wall. The east gable and the south wall are missing. The north wall and west Gable survive. A window in the upper level of the west gable provided light to the priests quarters. The church appears to be multi period. One dressed stone built into the fabric of the north wall provides an initial building of late 12th or early 13th century origin. However, the priests quarters and vaulted room are late medieval, probably 15th-century additions.

Fieldworks and a possible medieval road occur that reflects an extensive settlement around the church. The roadway links the parish church with Kilcooley Castle.