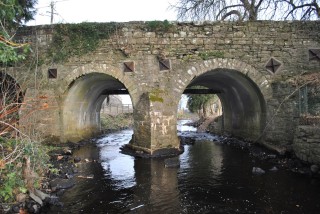 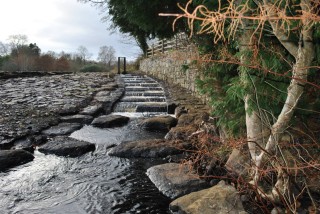 A fish pass on the Woodford river at Woodford bridge. The bridge itself possibly replaced a ford, thus the name “wood ford”. The name was used at least as early as the 17th century when Woodford was an important centre for ironworking in Ireland. The view of the bridge shown shows three of its arches.