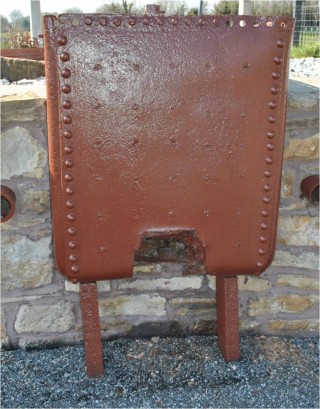 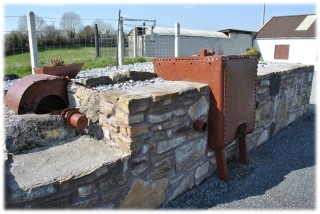 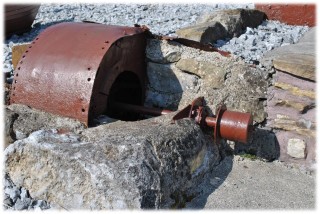 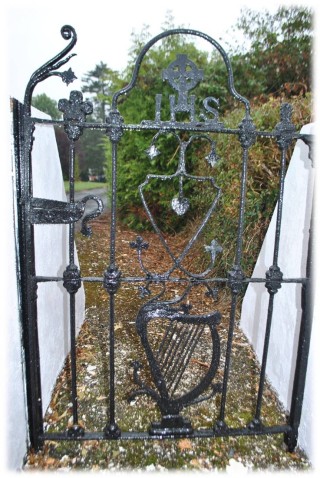 Gate with cast iron finials made by T. Clarke.

A group of cast iron memorials (crosses) with raised lettering and some minor ornamentation have puzzled me. They bear the initials T. Clarke stamped on the back. Thomas Clarke operated a small private foundry from his workshop in Killeen, Tynagh near Portumna. He made a variety of items, memorials, ploughs, gates etc. His furnace comprised of a self-made furnace utilizing an old riveted iron water tank probably from a steam boiler. It was fitted with fans and is now to be seen as a simple wayside feature near his home in Killeen. His memorials are to be seen in Lisheen graveyard, Tynagh (1), Killeenadeema graveyard (2) and Crossconnell graveyard, Clontuskert (1). All have small angels ornamenting them and all are of a similar pattern. A plate at the base for the inscription with a cross on top, all of one piece. Tom Clarke’s grandson also named Tom has preserved two of his ploughs at his home in Cooldarragh, Portumna, while an example of a wrought-iron gate can be in Killeen leading to the old priests house. This gate is decorated in Celtic Revival ornament bearing a Celtic cross, a harp, shamrocks and other revivalist devices.