You are here: Home>Archaeology>Crosses>Portumna Cross 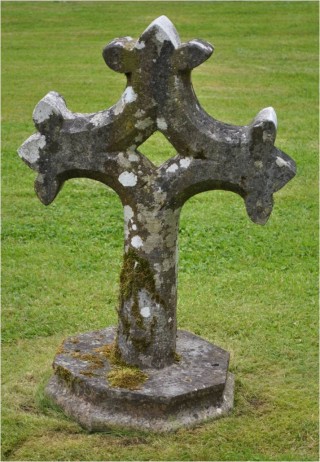 This cross is located in the graveyard attached to the Dominican Priory in Portumna. It consists of an elaborate Fleur de Lis headed cross mounted on an octagonal base. It is likely that it had an octagonal shaft similar to the form of the stem of the cross head and also an expanded collar. Crosses such as this functioned as graveyard crosses, preaching crosses and market crosses. When in its original form it would have likely looked like the Kilconnell Cross also discussed in this website. It dates to the seventeenth century. The lozenge shaped opening in the centre of the cross head is a common feature found on crosses and graveslabs of this period.