You are here: Home>Archaeology>Crosses>Jockey's Monument 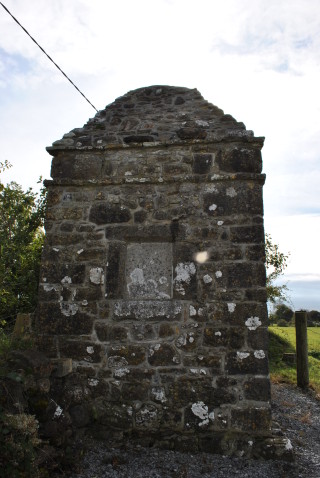 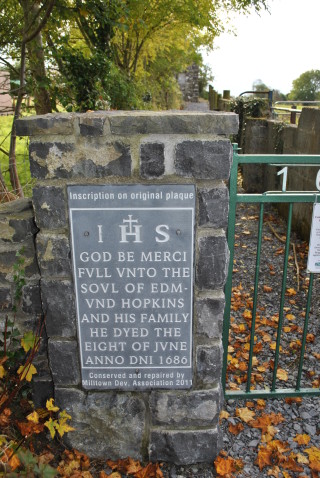 Replica of the Inscription
Christy Cunniffe

The Jockey’s Monument at Cloonacross dates from the seventeenth century and commemorates the Hopkins family who were evicted from Leinster as part of the Cromwellian transplantations. They were granted seventy-nine Irish acres (profitable) in the townland of Addergoole. It is the only known monument to have a direct link to the phrase “To Hell or to Connaught”. Local folk tradition has it that Edmund Hopkins died at this spot in 1686 after falling from his horse while out hunting. The structure consists of a pyramidal shaped stone structure set on a plinth with a seventeenth-century mural plaque mounted to its north face that reads; “GOD BE MERCIFULL UNTO THE SOUL OF EDMUND HOPKINS AND HIS FAMILY. HE DYED THE EIGHT OF JUNE ANNO DONI 1686”.

This particular type of monument is classified in archaeological terms as a ‘leacht cuimhine’. When compared to other monument types leacht cuimhine are a quite rare occurrence in the Irish landscape. The monument had fallen in to disrepair and was found to be in a bad state of collapse at the time when the local committee set about having it conserved. Through their effort it was conserved and made accessible to the public in 2011 – it is protected as a Recorded Monument GA016-044.