You are here: Home>Archaeology>Crosses>Meelick finial cross 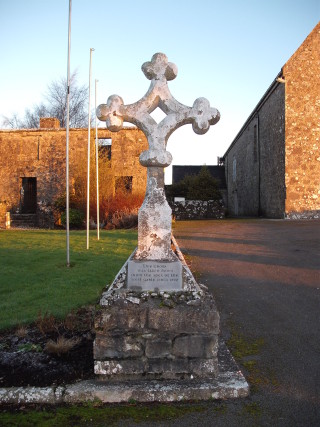 This large cross stands as a feature in the grounds of Meelick Friary. It was originally located on the west gable of the friary. The cross head has Fleur de Lis terminals with an open lozenge in the centre. The lozenge is similarly found on another 17th-century cross at Portumna Dominican Priory. A drawing from the early 19th century published in the Dublin Penny Journal shows the cross in-situ on the gable. A limestone plaque was inappropriately attached to the base of the cross in recent years.