You are here: Home>Archaeology>Fonts>Gortanummera baptismal font 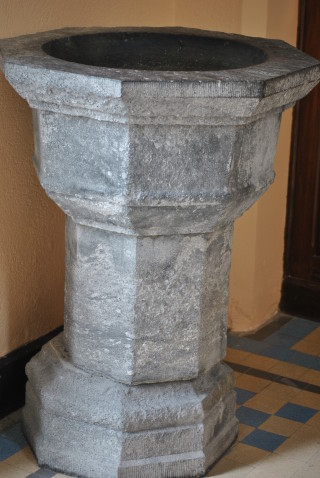 This large octagonal baptismal font is preserved in the porch of Gortanummera church Portumna.It reputedly originated in Goratcooheen post-Emancipation church. It is executed in limestone and is in three individual sections: bowl, pedestal and base. Both the bowl and base have a decorative moulding while the pedestal is plain. It has a rather old appearance and is likely to be of eighteenth-century date but could also be earlier perhaps as early as the seventeenth century. It is difficult to date material such as this.