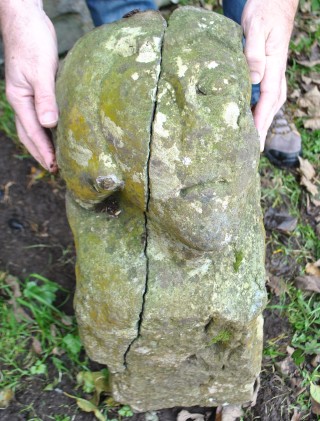 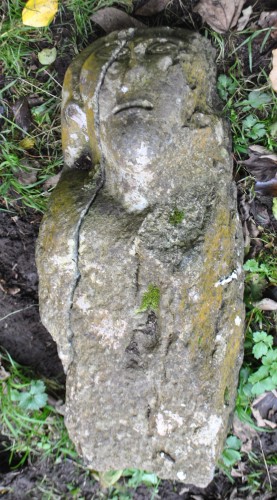 This feature consists of a medieval carved stone head. It is in an ex-situ position lying in a private garden. A split occurs to the stone slicing through the right eye of head. A portion of the left side of the head is missing appearing to have suffered damage from a heavy impact. The style of the piece is similar to carved heads found at Athenry Dominican friary. The hair is upturned at the bottom. It does appear to originate from an ecclesiastical context, though from which religious house is uncertain.

I wish to acknowledge the assistance of Martin Curley in pointing out this important piece of Galway’s built heritage to me.