You are here: Home>Archaeology>Castles>Deerpark Castle 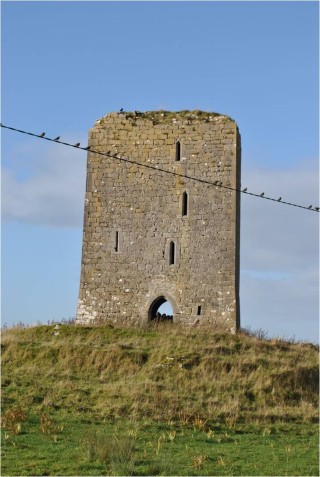 Deerpark Castle GA104-127—-  is a slim tower house with stones protruding from its west exterior as if it either had a second section added, or had planned to have one added. The castle is set on a natural rock outcrop. Sections of a spiral staircase survive. A chimney inserted in an upper room in a corner is a later addition. A dovecote was also incorporated into this building at some stage in its later history. A Field System GA104-296—- comprising of banks, enclosures and huts can be seen in the fields to the west of the castle.