You are here: Home>Archaeology>Castles>Clonfert Palace 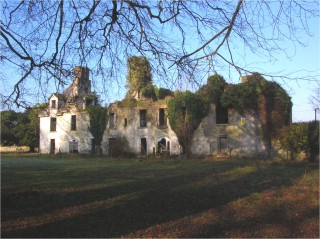 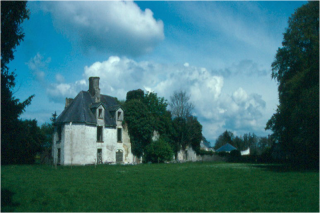 Clonfert Bishop’s palace was built in the late 16th century during the Elizabethan Period as an L-shaped house. Around 1640 it was enlarged by the addition of another block and fitted with a new oak roof and dormer windows. It was the home of the Protestant Bishops of Clonfert until the mid 1830s when it was leased to the Trench family. They eventually purchased it and lived there until c.1947 when it was sold. It was purchased in the early 1950s by British Fascist Sir Oswald Mosley and his wife Diana Mitford. They resided in the palace until a fire in December of 1954 gutted the building. It is now in the ownership of the Church of Ireland . Sadly it is almost totally ruined.