You are here: Home>Archaeology>Castles>Aille Castle. 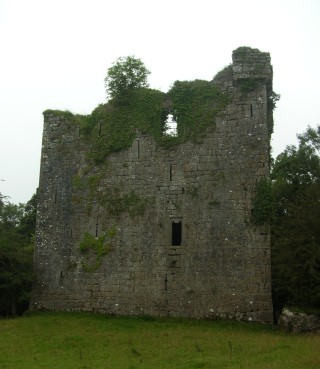 Examination of the ruins of a tower house in Aille in the Barony of Leitrim near Loughrea show that the building has a number of architectural phases. The slit windows appear to be from the fifteenth century, the larger ogee headed windows are also of late medieval date. While the external features suggest an early castle the castle was noted to be associated with McWilliam Roe Burke in 1574 (Carew Manuscripts), but was later ceded to the Daly family (http://homepage.eircom.net/~qvc/page5.html ).