You are here: Home>Archaeology>Castles>Cromwell's Barracks. 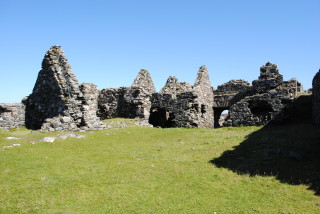 Some of the buildings within Cromwell's Barracks.
Christy Cunniffe 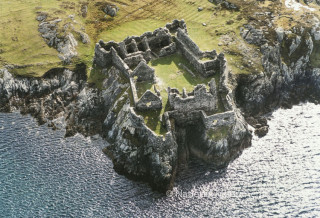 The cromwellian forces built this fort or military barracks on Port Island Inishbofin c. 1656. The barracks was used to house captured Catholic clergy from all over the country after the English Statute of 1655 declared them guilty of high treason. Here they awaited transportation to the West Indies and other remote places (Source: www.inishbofin.com/cromwells-barracks/). The monument is recorded as GA009D-O23 and classified as a Bastioned fort.