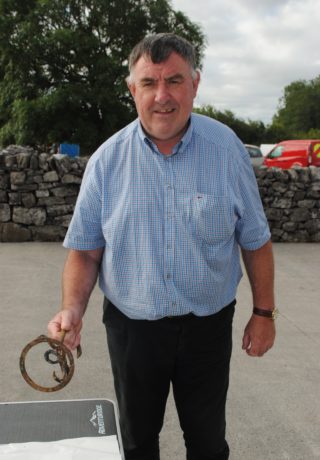 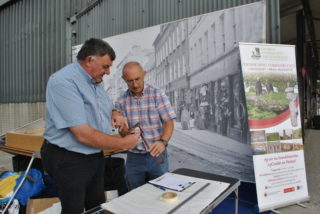 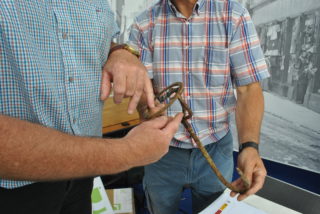 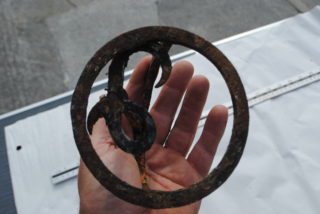 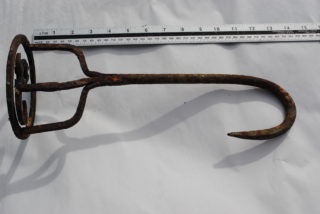 Side view of the branding iron showing the curved tail to the handle.
Christy Cunniffe

Tom Whelan showing a very interesting branding iron bearing an ornate C that originally belonged to the Corbishley landlords of St. John’s, Rathmorrisy townland near Athenry. Their farm was sold c.1904, so the brand is definitely pre 1904 in date. This sheep brand was originally used by them, but later acquired by the Cummins family who never actually used it. It consists of a C set within a circle with a round handle with a curve at the end. The curve is finished in a point as if it had a secondary function. The C is now off centre due to the metal bracket by which it was attached being twisted. It is blacksmith made and the letter C is rivetetted on. The identity of the blacksmith who made it is unknown.