Part of a wall tomb 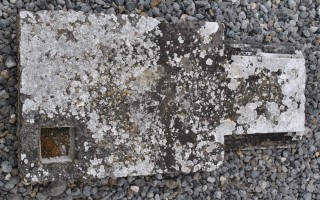 Bracket or console from a wall tomb.
Christy Cunniffe 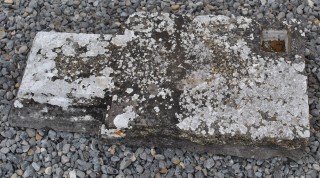 A section of wall tomb survives on top of a grave in the graveyard beside Meelick Friary. It is a moulded fragment of a stone bracket with a small socket for a column or pillar. It originated from a dresser-type wall tomb and likely formed an upper projecting bracket or console supporting the top or canopy of the tomb. It is hard to date with accuracy but could be late medieval as tombs of that type are common at that time. However, with the large amount of seventeenth-century funerary monuments (wall plaques) in Meelick Friary and a similar example at the Franciscan friary at Kilnalahan or Abbey it may be safer to regard it as being of seventeenth-century date. It is an example of how one fragment of carved stone can tell us so much.