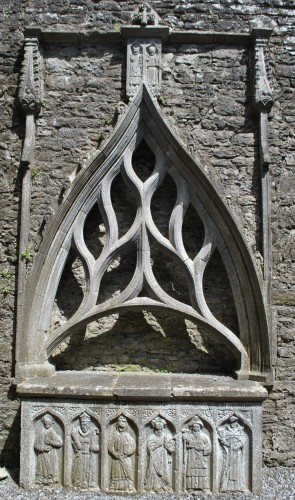 Elaborate late medieval tomb of flamboyant design. This tomb is located in the nave of Kilconnell Franciscan abbey. It bears a partially damaged inscription carved in Lombardic lettering. A set of weepers on the lower front panel depicts a series of saints. An effigy of St Francis bearing the stigmata and a bishop are depicted on the apex of the tomb. Heraldic angels adorn the capitals.