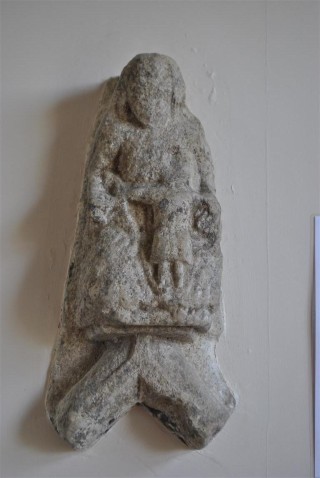 This late medieval effigy of the Madonna and Child consists of a finial from a wall tomb. The form and shape suggests that this is the apex or finial of a pointed Gothic wall tomb. The Madonna is carved with the Christ Child supported on her knees. She is a seated or enthroned Madonna and the Child is being presented in a regal fashion. The effigy is now preserved in the local Catholic church but was originally located in Ballynakill medieval church where a number of other burial monuments of the late medieval and seventeenth-century date occur.