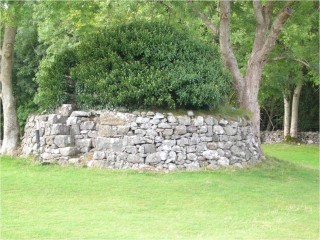 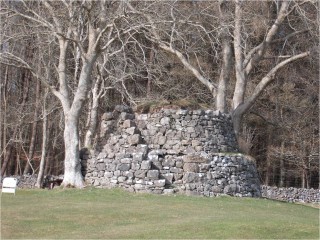 The folly since the ivy was removed.
Christy Cunniffe

This interesting stone built feature preserved in Portumna Golf Course is commonly known as Jack’s Monument. It is a semi-pyramidal structure, of circular ground plan with a row of winding steps providing access to each of its tiers. Its original function is lost, but it has said to have been used for lunging horses. This is unlikely as it would be too dangerous, but a more plausible explanation offered, is that it was used as viewing point over Lough Derg. It is also thought to have been used as a flag mount. It is also recorded that the hunt gathered here and that the stirrup cup was drunk at this point.