You are here: Home>Archaeology>Mausoleum>Seymour Mausoleum 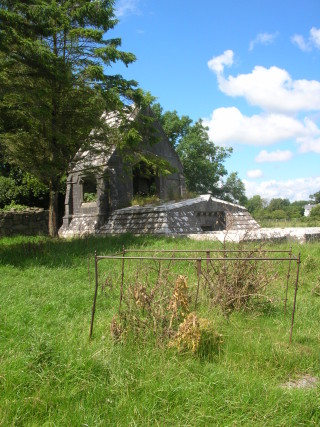 This limestone mausoleum was erected by the Seymour family of Ballymore Castle Laurencetown. The family burial chamber is accessed by a series of steps down to a vault with a strong iron door. The mausoleum is built in an Early English style of Gothic. A small graveyard lies to the side and is known as Lisheen graveyard. It is contained within a circular embanked enclosure. The site can be reached via a gravelled roadway with an entrance gate at the Kiltormer end of the village.