You are here: Home>Archaeology>Mausoleum>Monivea Mausoleum 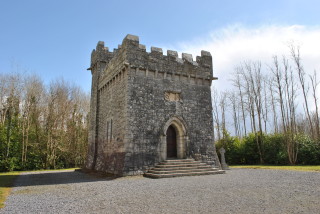 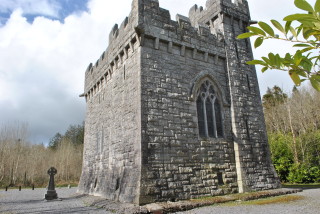 View from the rear
Christy Cunniffe 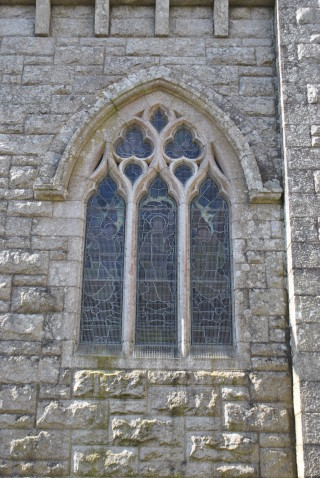 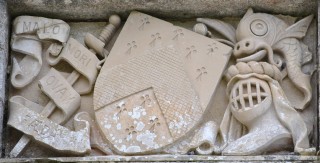 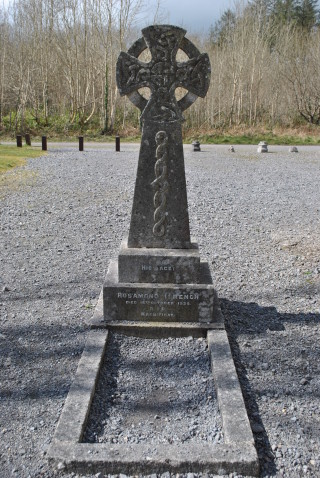 Consists of a Gothic revival mausoleum for Robert Percy Ffrench (a Victorian diplomat) and his daughter Kathleen. It was commissioned by Kathleen in 1896, and is constructed of Wicklow granite. The grave on the right hand side of the mausoleum is that of Rosamund Ffrench, a cousin of Kathleen (Mike Searle – http://www.geograph.ie/ ). This grave is marked by a Celtic Cross with ornate interlace ornament. The mausoleum is built on a semi castellated design with a corner tower and crenulations. The main window providing light to the inner chamber is based on a Late medieval style of ornament. An intricately carved Coat of Arms of the Ffrench family located above the entrance door. An altar tomb within the mausoleum supports a carved figure in Carrara marble. The windows are fitted with good quality stained glass.