Water or dew tank near Athenry 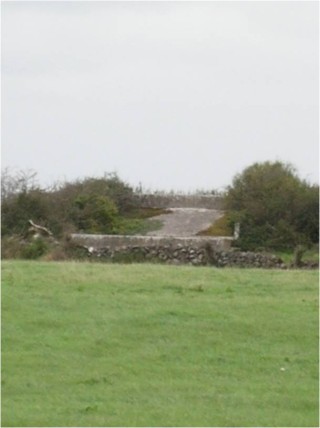 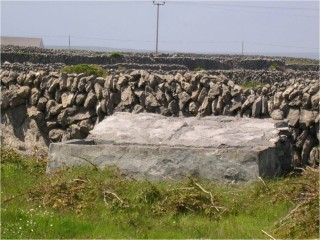 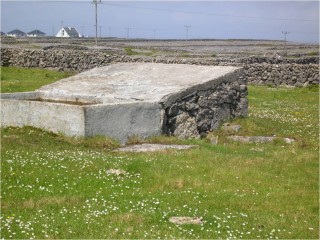 These vernacular features are used to collect rainwater and dew from the air in limestone areas where there are no natural water sources such as streams or springs. They comprise of large stone slabs set at a slope to drain water into an attached livestock drinking tank. Some of the modern examples comprise of a concrete slab instead of a natural slab of stone. They are found on the Aran Islands, in the Galway limestone plains and in the south Galway burren region.