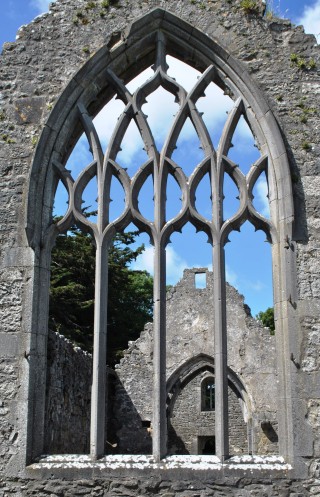 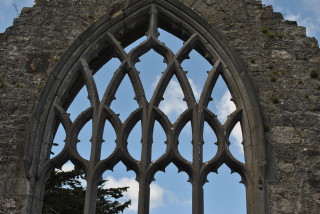 This ornate late medieval four light window in Portumna Priory is decorated in a form of tracery referred to as reticulated tracery. This refers to the series of circular frames at the top of the vertical lights formed of inverted and standard ogees. The other features that are obvious on this window are the pointed cusps. A number of wrought iron brackets survive that supported external wooden shutters. Evidence of glazing is evident by the presence of the glazing grooves.