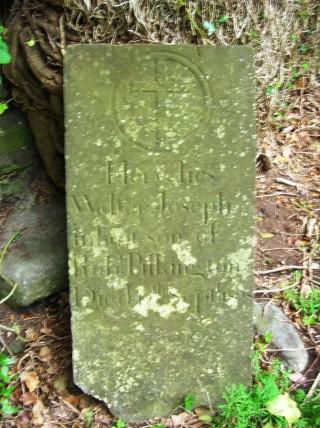 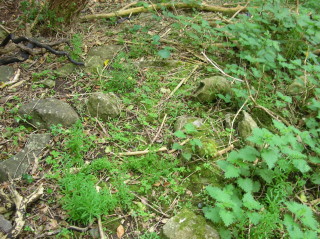 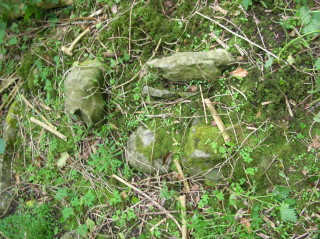 An interesting Children’s Burial Ground occurs within the ruined shell of Poolboy medieval church of ease  to Clontuskert Abbey which is sited near the Grand Canal in Ballinasloe. The majority of the infant burials are marked by rows of north / south aligned stones but one burial has a headstone.

An inscription on this pointed headstone reads:

The church has a very fine Transitional doorway of probable early 13th-century date. Damage occurs to the north wall and the building is heavily burdened by ivy.  This church was administered by the Canons Regular of St. Augustine from  Clontuskert Abbey. They also administered to Kilclooney parish church.